Debbie the second most costly cyclone in Australia's history

CYCLONE Debbie is officially Australia's second most expensive cyclone, costing more than $1.71 billion to fix damage from Townsville in Queensland's north to Lismore in NSW.

The Insurance Council of Australia has confirmed the cost of Debbie's damage is second to Cyclone Tracy which devastated Darwin in December, 1974.

"It's the most expensive cyclone to have ever hit Queensland and nationally it is second only - in today's dollars - to Cyclone Tracy," ICA general manager of communications Campbell Fuller said.

"It is the second most damaging on record."

Communities in both states are still rebuilding and the insurance claims continue rolling in.

The ICA says 95% of claims have been processed, with 89% coming from Queensland and 11% from NSW.

Damage to private homes, motor vehicles and contents amounted to more than $978m while the bill for businesses was in excess of $733m

A total of 64,951 domestic and 10,117 business claims were received in the 12 months since the storm hit Airlie Beach in March last year.

Mr Fuller said the claims that remained open were in the Whitsundays area due the remoteness, the damage done by extremely high wind speeds and the high number really old buildings.

"The challenge there is that the damage tends to be greater, there may be more complex building works required and there can be issues about what was actually cyclone damage and issues around the age and quality of the building before the cyclone."

Moving forward, Mr Fuller said he hoped NSW and Queensland governments would cut stamp duty on insurance policies so those in storm prone areas could better cover their assets. - NewsRegional 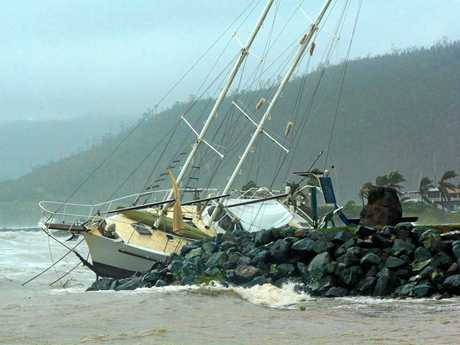 Get Your Instant Quote from our leading insurers now.

Get a Quote Now!